Secrets of the Sky Caves
In her second book, Secrets of the Sky Caves, Athans invites students to tag along an international team of scientists and mountain climbers as they explore secret caves that haven’t been visited for thousands of years! Etched high into crumbling cliffs, the caves posed unimaginable dangers that demanded steel-nerve stamina and a gritty get-it-done perseverance. Mummies, murals, manuscripts, and other priceless artifacts found inside reveal secrets of long ago! Nominated as a 2015 Outstanding Science Trade Book. Honor Book for the 2015 South Asia Book Award for Children’s and Young Adult Literature.
By Lerner Publishing 64 Pages; Ages 9 – 14

About Secrets of the Sky Caves:
“The book will enlighten young readers to one of the most fascinating explorations and discoveries happening today….This well-executed narrative envelopes readers in a captivating tale of true mystery and adventure.” — Starred. School Library Journal. Nominated as a 2015 Outstanding Science Trade Book. Honor Book for the 2015 South Asia Book Award for Children’s and Young Adult Literature. 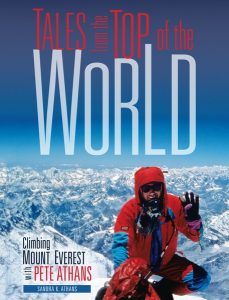 Newly Available:
Tales From the Top of the World: Climbing Mount Everest with Pete Athans
The journey up Mount Everest is never easy. Climbers risk their lives as they struggle around jagged towers of ice, over snow-covered boulders, and across gaping crevasses. Pete Athans knows these dangers well. He has climbed Mount Everest fourteen times and reached the summit seven times. What is it like to climb the highest mountain on Earth? In this book, you’ll follow Pete to the top—and learn about his adventures along the way. 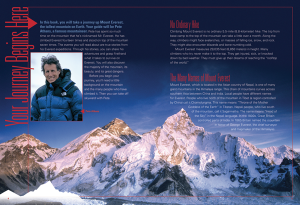 Buy From the Publisher-  Here

Buy from the Publisher – here

Come on Over and Check out My FREE Resource for Teachers.

Books & Other Tools to Help In Your Classroom 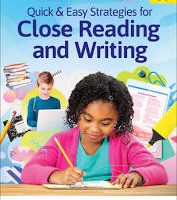 Sandra is a National Board Certified literacy specialist and consultant with over fifteen years of experience teaching at the elementary level. She is also the author of many teacher-practitioner books on literacy and integrated content-area instruction. Quick & Easy Strategies for Close Reading and Writing (2020) is her most recent book published by Scholastic and is fast becoming the go-to resource for classroom-practical instruction on close and critical reading. Sandra is also a children’s book writer and specializes in high-interest, photo-informational books including Tales from the Top of the World which recounts her brother’s seven ascents of Mount Everest.